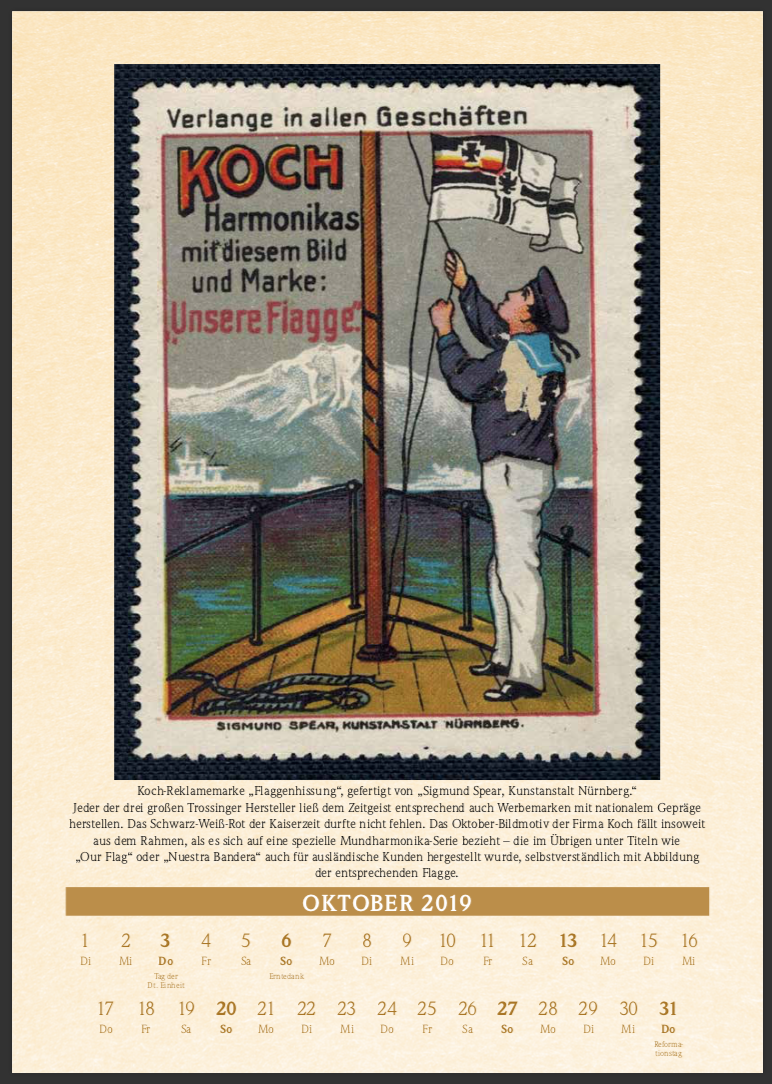 Each of the three major Trossinger manufacturers produced advertising stamps with a national character, in keeping with the zeitgeist. The black and white red of the imperial era could not be missing. The October image motif of the company Koch falls so far from the frame, as it refers to a special harmonica series - which was also produced under titles such as "Our Flag" or "Nuestra Bandera" for foreign customers, of course, with picture of the corresponding flag.

Further information (in German) about the advertising stamps can be found on the page Marketing en miniature.