The catalog title of the once largest Saxon harmonica factory F. A. Rauner transports the myth of the lonely cowboy or Gaucho.

In fact, the English- and Spanish-language advertising book was probably used for the whole of America. Founded in 1864, the company was expropriated in 1945 by the Soviet occupying power.

It formed the basis for the soon to be formed VEB (state-owned enterprise) Klingenthaler Harmonikawerke. Interesting: In addition to the registration number "211" inscribed on the upper right, the entry note of a Hohner employee is to be read in handwritten form: "8. VI. 26 "or" 8. VII. 26 ". Either way: In the summer of 1926 Hohner received the catalog and archived it. 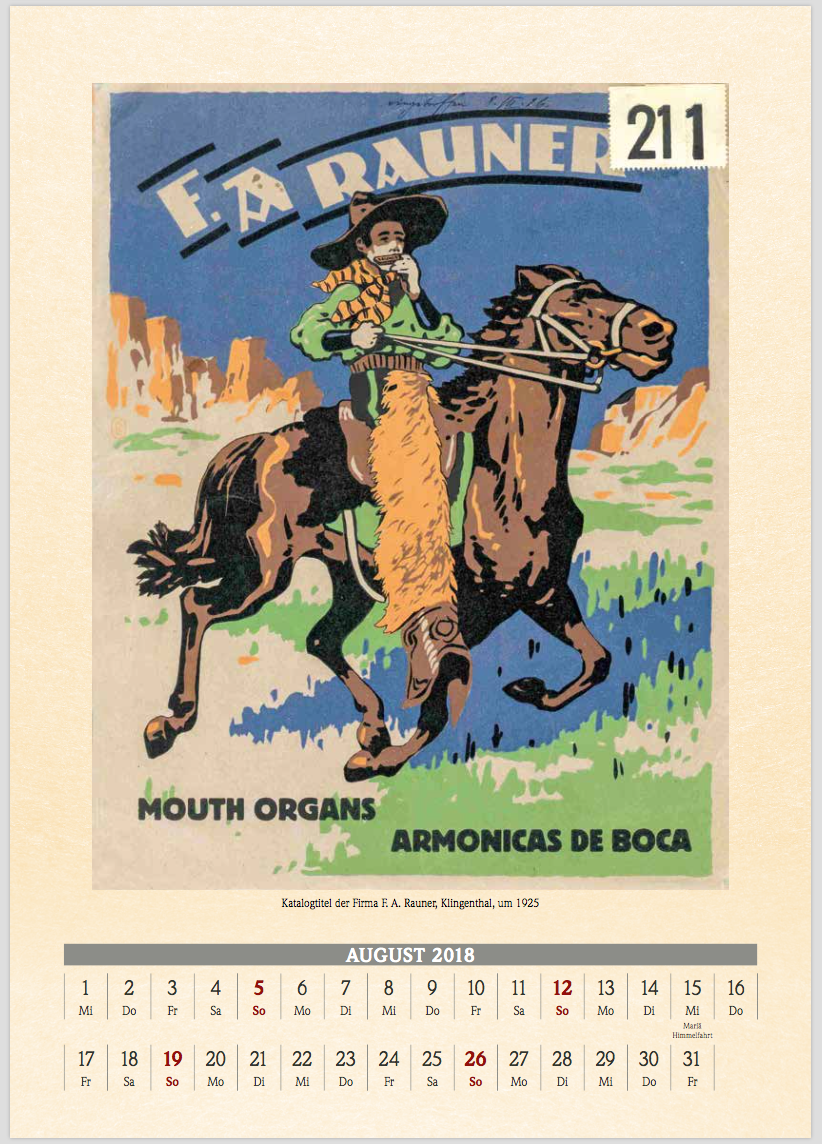